The Otis Library Friends invited me to represent them and their new fundraising cookbook, A Literary Feast, in a TV spot recently. The taping occurred on July 8, and the Connecticut Style program aired mid-day on JULY 9, 2014. These photos capture part of the experience of making my granola. A link to the show spot appears at the end of this article.

My thanks to Otis Library for this nice opportunity and to Connecticut Style for being just wonderful during the taping and for granting permission for my use of the photos taken of the airing.

My WTNH contact suggested a vase a flowers. What a great idea! 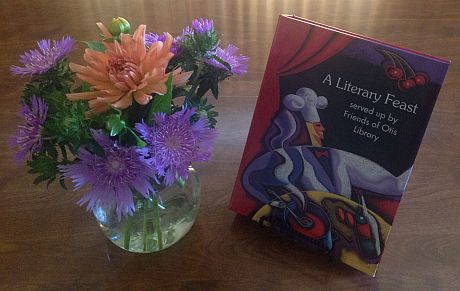 The prep for this appearance was truly a project. All guests bring whatever they need to demonstrate a recipe. Here is what the WTNH crew helped me haul into the studio in New Haven. 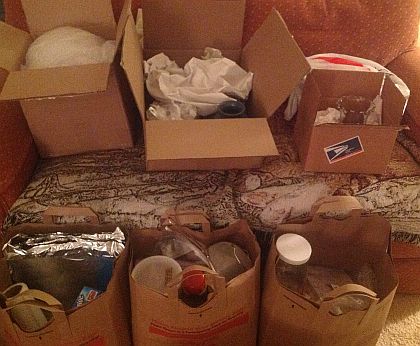 Until the day of the taping, I did not know how many takes they would do, so I even brought one round of duplicate ingredients, in case. Once a project manager… The taping process (of the three spots that would air on this particular half-hour show) seemed chaotic to me, but was routine to the host and crew, who all made me feel comfortable and provided just the right amount of coaching along the way.

The taping process reminded me of chunking in project management. Iterative filming of my spot began with the segment intro, the actual interview and demo, and then the wrap of serving and informal chat gave me little breaks. The crew filmed the three spots over a span of about two hours. Many moving parts… I was impressed, though an exhausting experience for me to watch the other guest being filmed and suddenly find I was next.

A few things helped me stay with the frenetic pace. Besides being well prepared with my recipe, the ingredients, supplies, and props, the single greatest step I took in advance was to be well hydrated. Besides the obvious stamina benefits, I was amazed how many wrinkles and small lines smoothed out prior to filming!

First they taped me reading the lead-in ad for the show (the invitation to “sit back and enjoy” which was not contained in the link later posted for my segment). Then, they asked me to look at the camera and give a wave. That was easy! 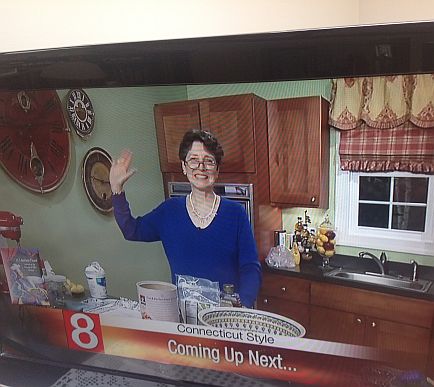 And showtime…the Otis Library’s A Literary Feast cookbook looked great on the screen. They panned back to it many times during the spot. 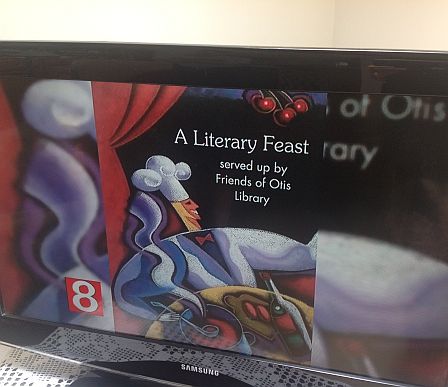 Behind the scenes, someone in the WTNH control room edited in the ID information display for the viewers. 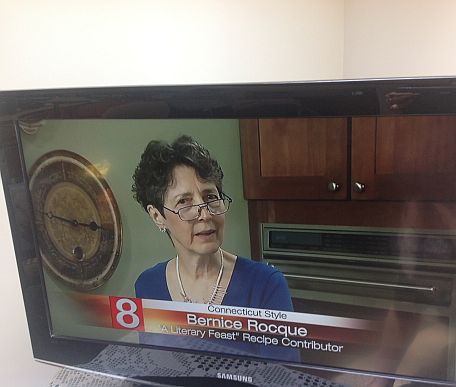 Jocelyn, the host, began the interview by asking me about Norwich, the Otis Library, and the new cookbook assembled by the Friends of the Library. It is a beautifully designed cookbook, with 500 recipes contributed by the staff, the Friends, the community, authors, and chefs. 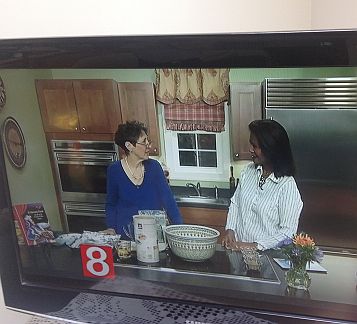 Then, we proceeded with the recipe demonstration. Oatmeal is the core ingredient of the granola. 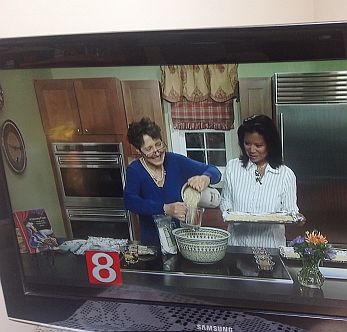 To view the rest of the demo and the recipe, click on the show link at the end of this article. Here is a closeup of the finished granola. 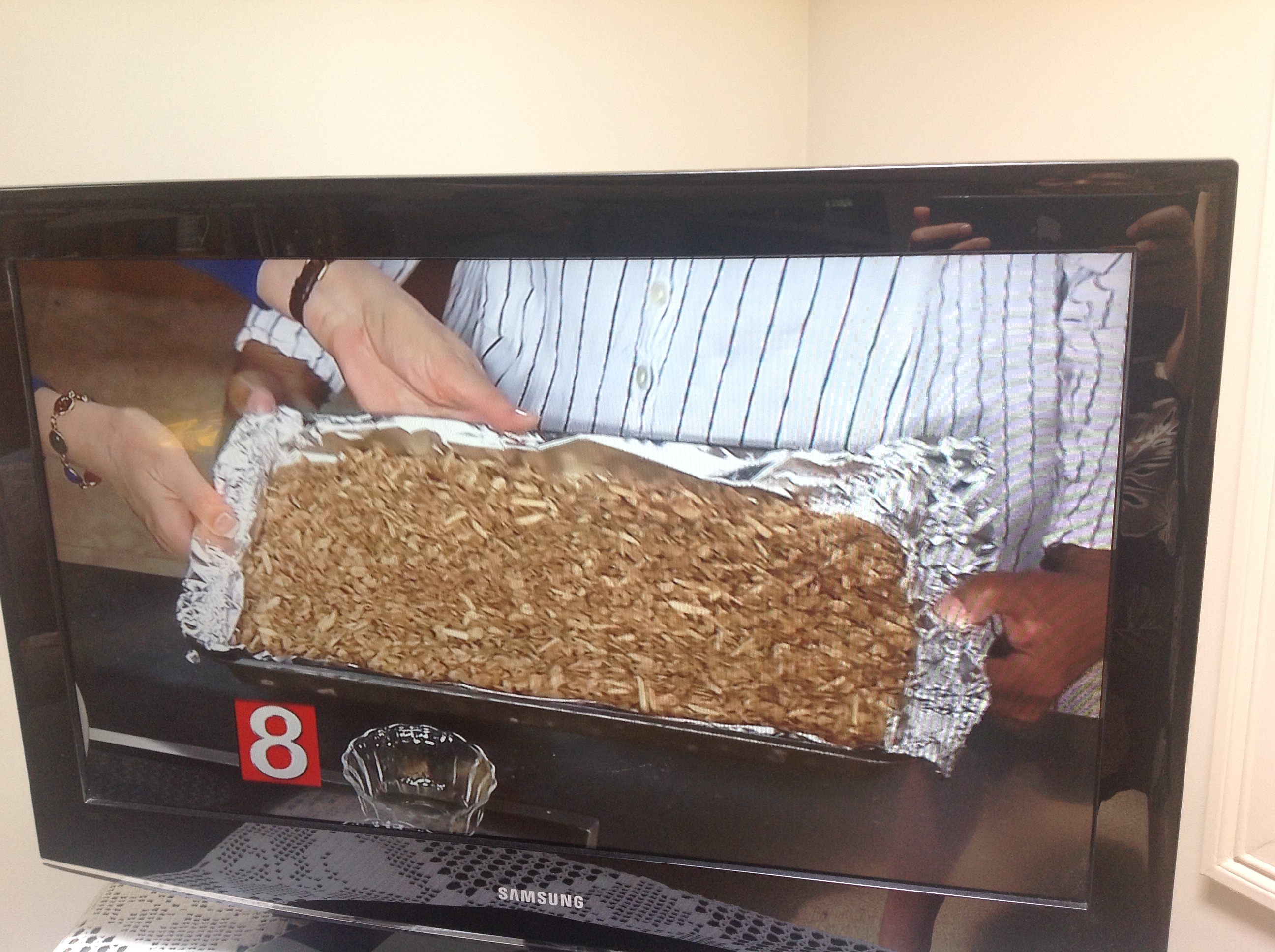 The 5-minute spot flew by. Can you detect my relief? 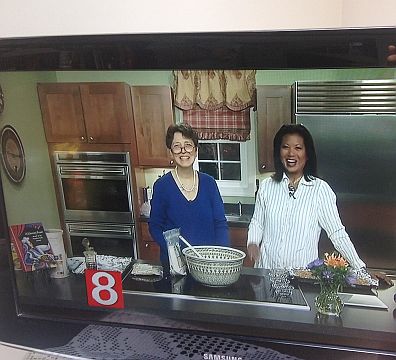 Here we are in the final moments of the 5-minute spot. 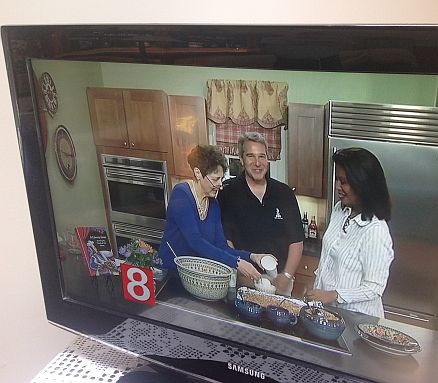 Then, the show closed with everyone gathering at the kitchen counter. Howard Schwartz, CT Better Business Bureau, was first to get a dish of yogurt, granola, and fruit. He was interviewed in the first spot on the show about how to pack your carry-on suitcase like a pro. 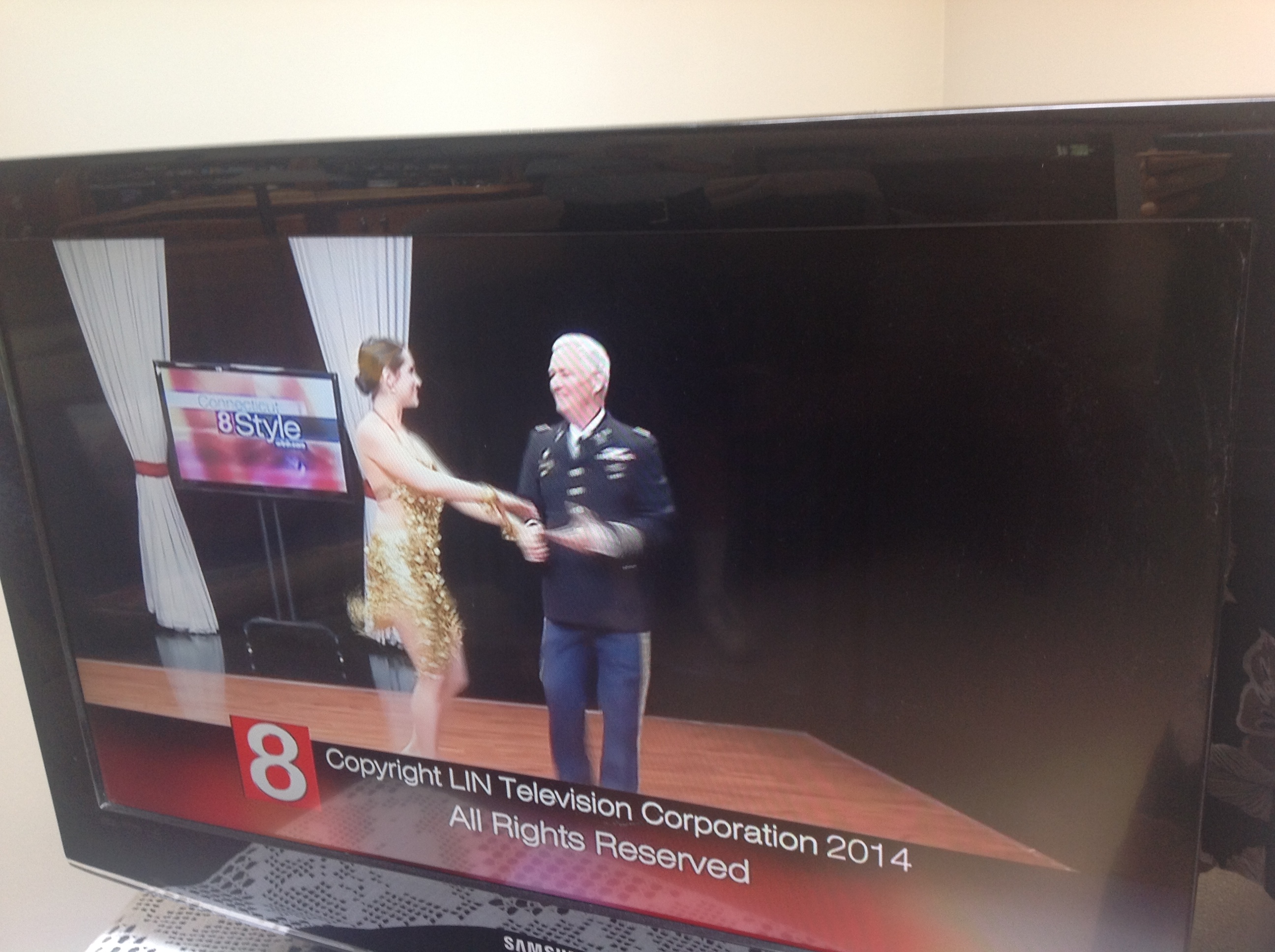 Lt. Col. U.S. Air Force, Retired, Brian Durbin and Fred Astaire Dance Studio Instructor Amanda Meador danced the swing, as a promo for the Dancing With Our Heroes fundraising effort. They were the third spot of the show on JULY 9.

The two did not waste any time joining us for a late breakfast snack! Then, I packed up plastic bags with granola for the host and crew to take home AND then got to the grueling task of repacking and schlepping my stuff to the car with the help of the WTNH crew. The cameraman told me the spot turned out great. I thought he might just be being nice, but….

The day of the airing I was pleasantly surprised how well the single take of my granola making demo spot turned out. After taking these pics, I sat down and enjoyed a dish of yogurt, granola, and fruit. It tasted even better than usual! 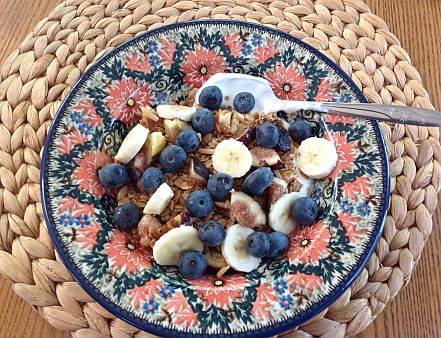 If you would like to see the taped spot of how to make granola, click on this link. The recipe is published there as well.