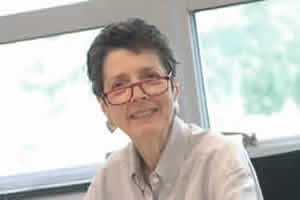 Why am I writing stories about my family? Almost ten years ago, I had an epiphany of sorts about memories.

Most family historians discover that as you make your way backward in time, there is less information about your ancestors to find. As a researcher, you accept this. It seems logical as you move away from personal interviews and into primarily records.

What doesn’t sink in right away is that the essence of people, except famous or infamous, tends to fade and disappear within about 100 years after someone’s death. Vital statistics exist for most, but who a person “really was” is lost within four to five generations.  Most people just tend to talk less about someone who is no longer around; the subset of memories shared about that person gets smaller and smaller .

In 2004, I had an “aha” moment when I felt the full force of that realization emotionally, and personally. The long process of losing my beloved parents was probably the trigger. I didn’t like the idea that my parents and so many others would become a short stack of facts, and largely forgotten way too soon.

So, in an attempt to preserve the essence of the people in my life circle, I joined a writing group. Perhaps, I thought, I could help future generations remember who these people were. I certainly had learned the power of stories during decades of teaching. Though no one understands everything about another person, we do experience firsthand the essence of the people with whom we share this journey of time and space. And….to tell the truth, the rare moments when a family “story” popped up in the pages of an old genealogy source, my elated self chose to share it right away with my parents—probably my first clue I might enjoy writing the stories about my family!

So, for five years I wrote short memoir type pieces about moments that were important to me— and people as they were in my memories. Then, in 2009, my uncle and I talked about the extremely premature baby born to my grandparents, the baby who weighed only a pound and a half. The story had some mystery to it, and we were both intrigued. “Maybe we could investigate it further… Maybe I could write a story about it…. Maybe I could try historical fiction,” I said, if he would help me with the history and vintage details. “Let’s do it!” he said. And, so we began the short story that became the 2012 novella, Until the Robin Walked on Snow. Most recently, on December 1, 2017, 3Houses published a second book, this one about my mother and her family. Amazingly, it arrived in this world the same day as my great niece, the first person in the next generation of my immediate family!

Who was I before my genealogy epiphany? Well, I’ve had an eclectic career: librarian, turned business person, turned creative writer. For more information about that background and related writing, visit me at threehouses.com.

A while ago, I watched a fascinating tape on C-Span in which the actress, Jessica Lang, talked about how, at any one moment she had plans for her career— but how serendipity, over and over, blessed her with unplanned opportunities. She opted to pursue them, leading to much success and happiness. As I look back over my career, I see the large role that serendipity has played in my career and life path. To read more about the “gifts” of my writing journey, CLICK HERE.

Next, I hope to continue writing the story about my father’s family. I welcome comments from readers as the journey continues to “illuminate” my family’s characters.

The iSchool at Syracuse University and the photographer, Susan Kahn, gave permission for my use/cropping of this portrait photo which appeared on the back cover of the Autumn 2012 edition of the iSchool publication, connections.