Snow and ice, begone! Today, in honor of Valentine’s Day, I’d like to share a memory of love from a sparkling autumn day. The day was to hold a special gift.

On October 21, 2012, my husband and I walked with friends at the White Memorial Sanctuary in Litchfield, CT on pathways covered in leaves and pine straw. We were surrounded by clear colors and so many tall old trees. 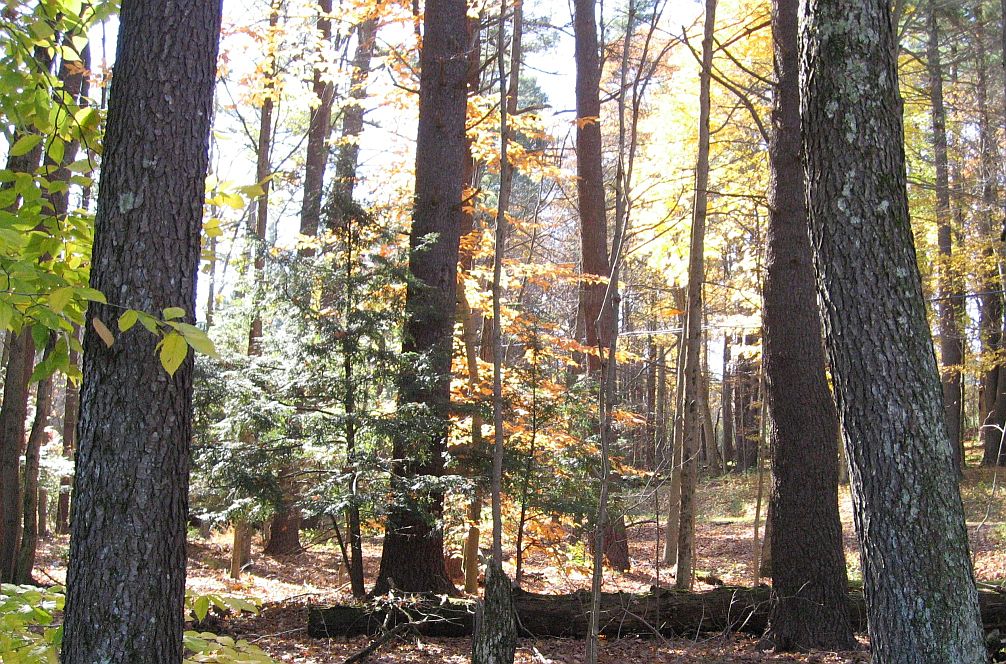 At one point, a family of robins followed us, sailing along from tree to bush to tree. Our walk took in diverse country settings from forest to colored wetlands. 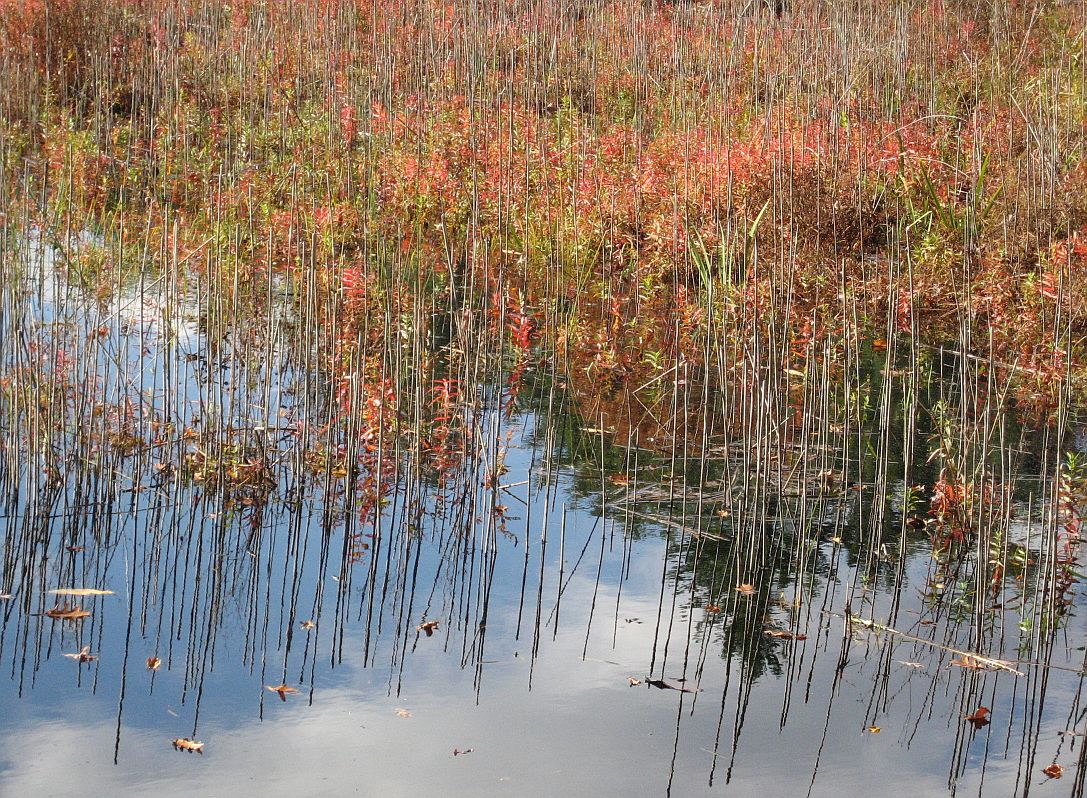 I realize now that the scene of two ducks foraging together was the preview — of the visual blessing we would receive later — on this brilliant afternoon. 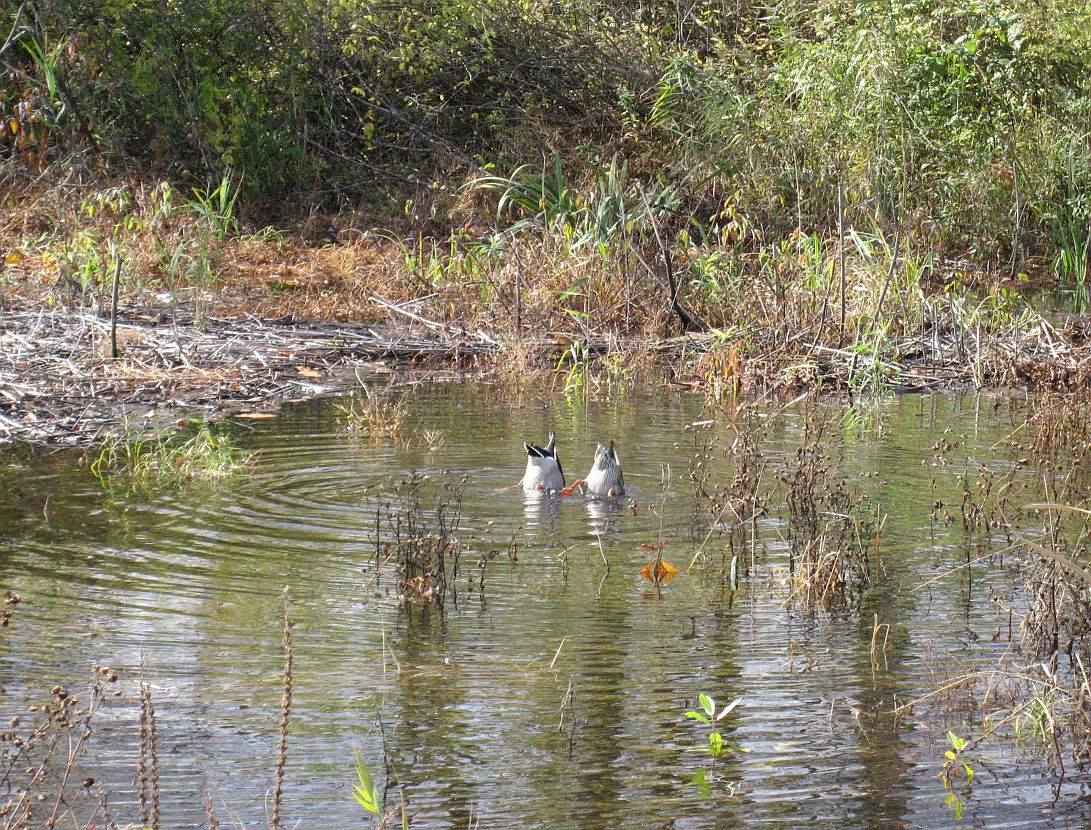 About to depart the Sanctuary, the backdrop tugged at us to stay longer. Four friends, we stood for a while, warmed by the sunshine of a spectacular day, humble in the presence of this tree of life. 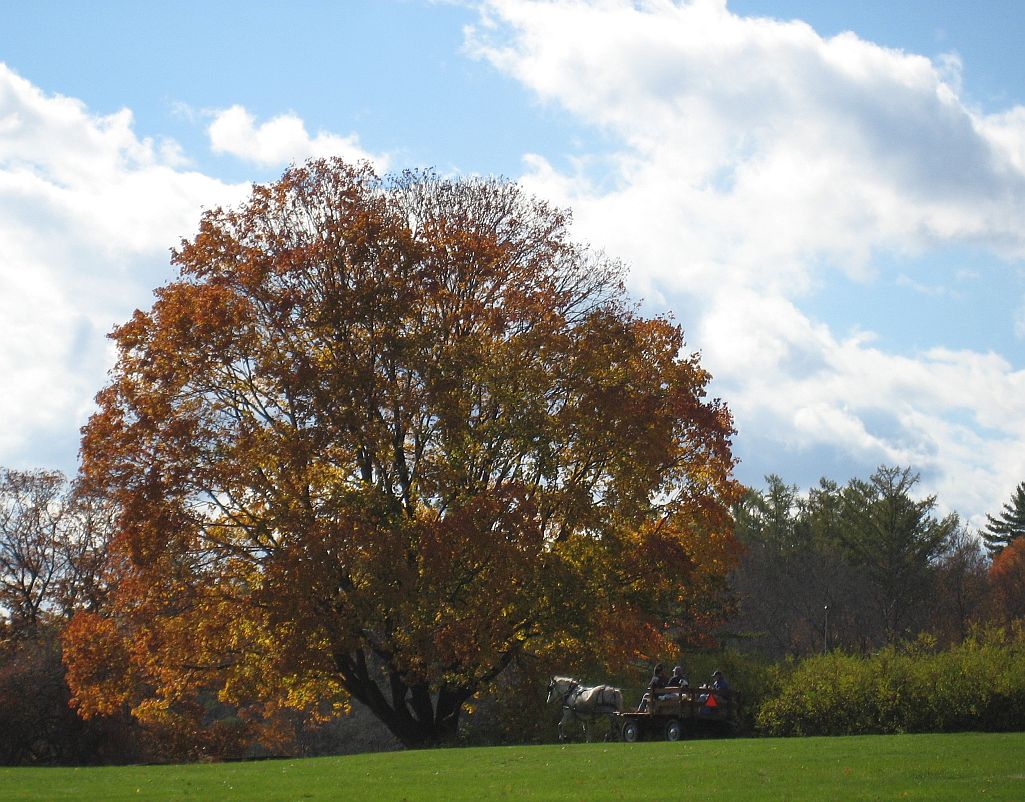 Onward we went, finally, to the Hopkins Inn Restaurant, a landmark of northwestern Connecticut.  A patio view turned out to be well worth the wait.

Following our late lunch, I walked down in front of the Inn to take some photos of the stunning Lake Waramaug vista before us. Our meal had been delicious, but the true feast was the exquisite expanse before us. 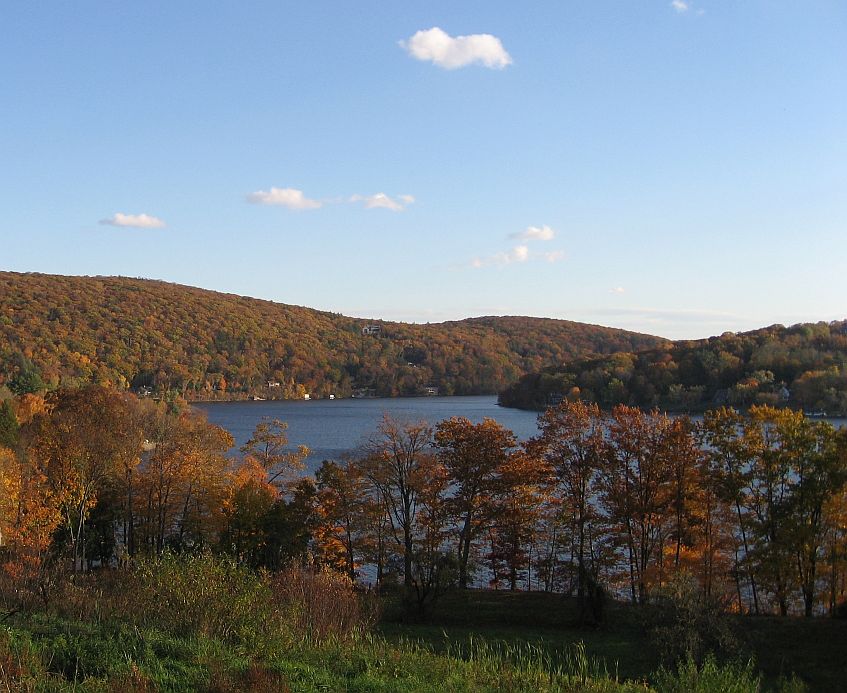 While I shot some photos, I did notice this young couple sitting on a nearby bench, wrapped in mutual attention. For them, it seemed the view was secondary. Just as I was about to return to the restaurant patio, the young man approached me, and asked if I would take a few photos of them against the lake and foliage.

“Of course, I’d be happy to do that for you,” I said. After taking two photos, I extended my arm to return his camera. He paused. “Would I take another photo?” he asked. His smile was broad now. His eyes and face were as full as that tree of the ages in the Sanctuary — so lit with epic emotion. He returned to his beloved for the pose.

As I framed them in the camera window, I saw him turn and take a step back. Then, he knelt on one knee. Oh my goodness. I started clicking — and kept clicking as he spoke whatever wonderful words to her. Then, his arm unfolded, his hand revealing a small box. I clicked and clicked…

She seemed so still. All at once, her limbs began to thrust outward like a sparkler ignited on the fourth of July. She kissed him and hugged him, and then they embraced. I clicked more pictures, one after another. I think I captured enough shots that they could make a movie with the right software!

When they returned to fetch the camera, I said, “There just has to be at least one great photo in there!” Arm in arm, with giant eyes and electric smiles, their voices thanked me. I know they were elsewhere… I stood by myself for a few moments, realizing the gift bestowed on me. This beautiful scene would be forever more vibrant for me, too.

When I returned to the restaurant patio to my husband and friends, I learned that many on the patio had witnessed the event unfold. One table of women from Forest Hills, NY even cheered right after the event concluded. I hadn’t heard them cheer. I was sealed in that intense moment, like the couple.

Afterwards, I talked with the four women from Forest Hills. There was ease in the chat, like we were old friends. I think the other diners on the patio went home feeling as light in spirit as we did. Such a gift we had shared — the glow of love and leaves on this glorious afternoon. 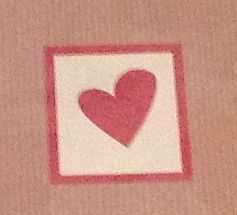